I Enjoy Being a Girl

I Enjoy Being a Girl (Part I)
Ski Jumping: "...not to be appropriate for ladies from a medical point of view"

From Shakespeare's Sister (via feministing via Newsday):

Both Johnsons are among the best ski jumpers in the world. Alissa is ranked ninth among the top women who compete, about 141 spots higher than her brother sits in the men's rankings. But only 16-year-old Anders is preparing to compete for the U.S. Winter Olympic team this week in the Alps north of Turin. Not because Alissa can't fly far. But because women ski jumpers aren't allowed in the Olympics, for reasons older than the hills.

Though the top men and women competitors in the world routinely fly off the same 90- and 100-meter jumps and the very best women train on the 120-meter hills, the only Winter Olympic events in which women are not allowed to compete are ski jumping and Nordic combined, which is a combination of cross-country skiing and ski jumping.

"People always ask what it feels like to ski jump," she said. "And I say, 'It feels like you can fly.'"

To anyone acquainted with the history of women's sports, the thudding excuses the women ski jumpers are given for their exclusion from the Games are sadly, ridiculously familiar. Gian-Franco Kasper, head of the International Ski Federation, has said, "Ski jumping is just too dangerous for women. Don't forget, [the landing] it's like jumping down from, let's say, about two meters to the ground about a thousand times a year, which seems not to be appropriate for ladies from a medical point of view."

The international federation will take another vote this spring on whether women should jump in the 2010 Vancouver Winter Olympics. And Alissa said, "So far, we've been told every excuse in the book. That it's too 'dangerous' for girls. That there aren't enough of us. That we're not good enough. That it would damage our ovaries and uterus and we won't be able to have children, even though that's not true. It's so outdated, it's kind of funny in a way. And then it's not."

From TimesOnline UK (I thought I saw this on AmericaBlog, but their posts are getting deleted by blogger):

ITALY’S highest court has ruled that a man who raped the 14-year-old daughter of his girlfriend can seek to have his sentence reduced because the girl was not a virgin.

In 2001 Marco T. was convicted by a court in Cagliari, Sardinia, of sexual violence and threats against his partner’s daughter, and jailed for three years and four months. The judges refused his request to have the sentenced reduced on mitigating circumstances that the crime was less serious because the girl had already had several sexual partners.

Italy’s highest court said yesterday that the Cagliari judges were wrong and should reassess the decision because the girl “since the age of 13 had had many sexual relations” so could be assumed to have a “more developed” personality than one might expect. 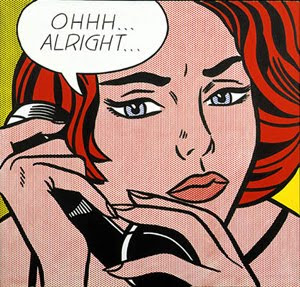 The ski jumping thing is strange; I wonder if that could be challenged as a form of discrimination.

The rape case would have made sense had it been only statutory rape (where the only crime would be that she was too young), but the article seems to be pretty clear that it was violent, in which case I don't see the relevance of past sexual activity.