Posted by Maria
I met mayoral candidate and Pittsburgh City Councilor Patrick Dowd a year or two ago at a some Democratic campaign rally. I don't remember him being particularly short. So did he shrink? 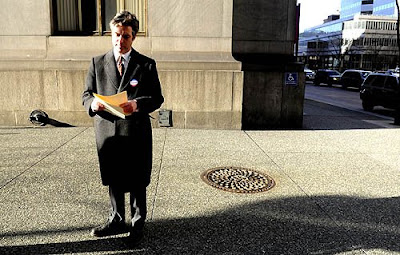 Darrell Sapp/Post-Gazette
This photograph from the Post-Gazette makes him look about three feet tall (not that there's anything wrong with that, but voters tend to go with the taller candidate).

that is really a strange photo.

I think it is a great photo.