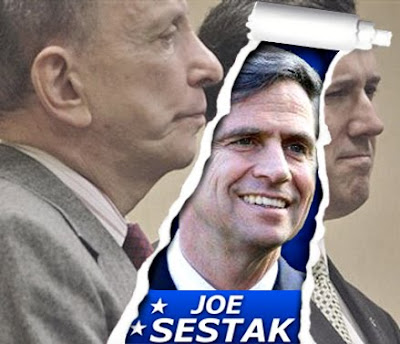 Via the Sestak Campaign:

Joining his supporters this Saturday, May 15 at 1PM, Joe will thank them for their dedication to unseating longtime Republican Arlen Specter, and ask them to carry on their instrumental grassroots movement through Primary Day.

Specter in a squeaker. So sayeth the MacYapper.

ain't happening....more votes are anti-specter than pro-sestak...many Dems are offended and put off by the embrace of AS by the Dem hierarchy..and by that I mean leaders such as Rendell,Onorato, and prty chair Jim Burns..many rank and file Dems are very anti-arlen.

I understand your point, John. Specter has pulled this off before. He's a real survior who is not to be underestimated, BUT I think (and I hope) that Rich has it right this time. All the momentum is with Sestak and folks are sick of Specter. I also do think that it will be harder for Toomey to run against Sestak than Specter.