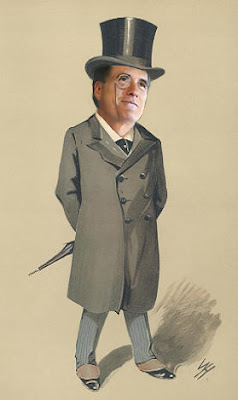 Venture capitalist, Mitt Romney, outspent all other contenders to secure the nomination as the Republican candidate for president of the USA Corporation. Romney is expected to spend 1 billion dollars in an attempt to buy the general election in November. If successful, his plans are to dismantle the country and sell it for parts.

You know, Maria, from that article where the McCain quote came from, there is also this little gem: "It’s a lack of investment in small businesses that is stifling job growth today, McCain contended." It appears McCain is blaming Obama for the lack of investment in small business, yet as I recall a standard Republican line is that government doesn't create jobs (at least when they are blaming Obama for high corporate tax rates (that the biggest corporations don't even pay any of) and worker safety and public health (environmental) regulations.

In other words, that is the level of cognitive dissonance of Republicans/conservatives - any negative thing in the economy is attributed to Obama, and it is implied a Republican President would do something opposite (government investment in small business? Does that mean investment in transportation and power infrastructure. and making low interest loans available, like the government does now?).

This is almost an admission that the Republicans have no economic theory to explain anything. But apparently they are going to have the money to run nonstop fear mongering ads (remember the McCain wolves ad, the Willie Horton ad?).