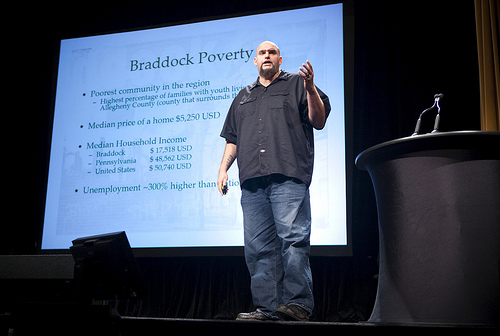 There's a Bernie Sanders town hall on MSNBC now. It's taking place in PA. The host just asked Sanders why he hasn't given any support to Braddock Mayor John Fetterman for Senate as Fetterman has been one of the few elected Democratic officials who has endorsed Sanders and they seem like such a natural fit.

Nice one, Bernie! Way to get that whole revolution thing going.