It hasn't been a joke for a very long time, and no one should be surprised 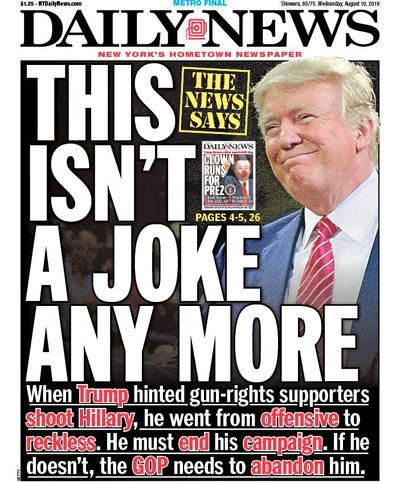 Donald Trump's big economic speech on Monday at the Detroit Economic Club was supposed to be his attempt at rebooting his campaign -- pivoting away from, as CNN put it, "a week of brutal self-inflicted wounds" and looking presidential amid increasing questions about his mental stability by, well, pretty much everyone who doesn't own a "Make America Great Again" hat.

It didn't last a day.

But no one should be surprised. It's only a hop, skip, and a jump from calling for the jailing of your political opponent to calling for their assassination. So if you didn't see this coming, shame on you!

This is a man, after all, who is going strictly by the Dictator's playbook: Oh, yeah. He's also signaled his interest in using nuclear weapons.