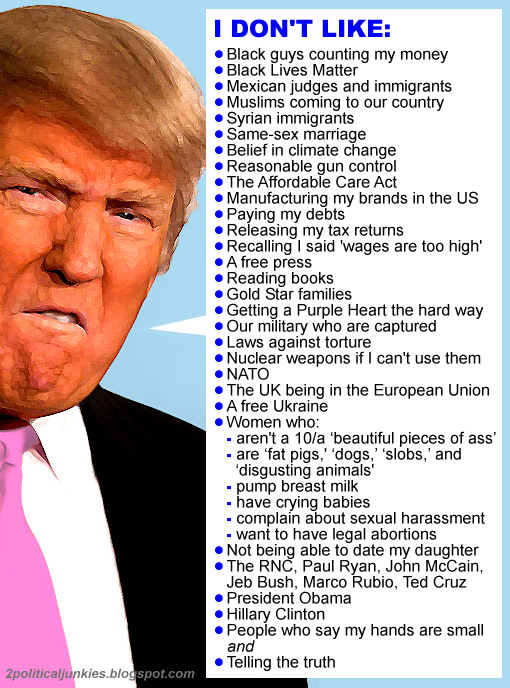 All those sub-bullet points about women yet no mention of the "blood coming out from eyes...or wherever" one. Sheesh, that was candy.

I would have had to do a separate one just on what he doesn't like about women to get them all in!

I like the sketch. Gotta wonder if that's the same face he wears when getting a groove on (ala When Harry met Sally..."you go dancing, you do the white man's overbite)