Wendy Bell's NOT Going To Be Happy With YouTube! No, Sirree!

This morning, I was watching Wendy's broadcast from yesterday at Radio Karen central, trying to track down the source of a video Wendy played about 6 minutes in.

I snagged a screen shot from the video: 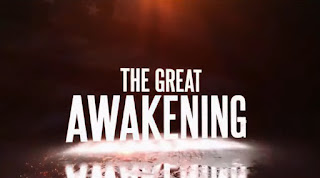 Seems to me that Wendy's occasional reference to the phrase "Great Awakening" and now her use of the a video contains the phrase itself points to Wendy going full QAnon.

But I'm not sure. That's why I was trying to track down the source of the video.

In any event, I tried loading the transcript of the video and for some reason, it wasn't loading. So I tried refreshing the screen, as sometimes that frees things up.

And I found that in that short period of time, YouTube pulled the video. It's gone.

I took a trip to Wendy Bell's website and in the videos section found the same message I saw at YouTube. This: 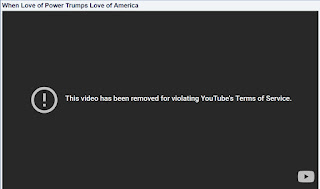 I didn't get a chance to absorb all the Trump-trooth Wendy was spraying but considering that this was her BS board for yesterday: 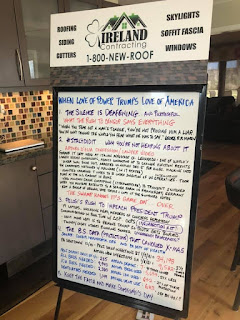 You can guess it was probably pretty crazie. I did get to hear how we're in a war between good and evil and how it's no longer about the left, it's about the deep state.

Did you know it was Italy that tossed all those votes to Biden? Someone should tell Rudy Giuliani! Maybe Rudy Giuliani can refile those 60 or so failed lawsuits now that the truth has been revealed!

(But wait, Rudy Giuliani is an Eye-talian, isn't he? Maybe he's a mole from lo stato profundo on a mission to sink the Great Trump Awakening from the inside! Prove me wrong.)

Quick Update: While writing this blog post, I refreshed the videos page at Wendy Bell's website and found that even the above image is gone. I'm not sure if that's an automatic thing or if Wendy's frantically searching for a way to repost the video.

No worries, though. I still have my original screen capture.