On Thursday of this week, Wendy Bell continued to mislead her audience about Covid-19.

And with, metaphorically speaking of course, balls the supposed size of Nicki Minaj's cousin's friend in Trinidad-Tobago, she's purporting to tell her adorings "the truth" the mainstream media is making sure they don't hear. The chootspah, I tell you!

The information I am going to give you is 100% not false.

[Normal voice] Erroneously reporting that addiction hotlines were being overrun by wacky people on the right [whispering] who were trying to self medicate. [Normal voice] Not true.

Covid cases are Covid cases are plummeting in India thanks to new rules that promote ivermectin and hydroxychloroquine to its massive population. The 33 districts in Uttar Pradesh, India have now become free from Covid-19 government informed on Friday. The recovery rate has increased up to 98.7% proving the effectiveness of ivermectin as part of the “Uttar Pradesh Covid Control Model.”

Let's get the "ivermectin for human use" part out of the way first.

She says that it's "not true" that addiction hotlines were overrun by people who'd taken ivermectin  for animals - a dewormer to treat Covid.

In a way, she's absolutely, utterly right. Addiction hotlines were not overrun by those wacky people treating themselves with the horse (and cow) dewormer.

For example, in Texas. From USAToday:

We rate TRUE the claim that Texas saw a 550% spike in poison control calls due to people ingesting horse and cow dewormer. Data from the Texas Poison Control Network shows a 591% increase in calls about ivermectin between 2020 and 2021. The product has not been proven to treat or prevent COVID-19.

So Wendy, that's at least one thing you said that was definitely not "100% not false."

And Wendy, if the double negative is confusing you, here's my translation put in context, by saying "addiction hotlines" instead of "poison control hotlines" you were effectively committing a sin of omission - you were telling a lie. Again.

Let's move on to the Uttar Pradesh story.

The Headline and lede Wendy is reading to you is from this article at Gateway Pundit.

BTW, TGP presents itself as:

Founded as a counter to the establishment media that primarily shares news and opinion from a decidedly liberal perspective, TGP we believe it is important that we are transparent about our beliefs and perspectives and how it may shape our news and opinion priorities.  Our focus is to make editorial choices that address the gap in the politically liberal leanings of establishment media outlets.

Our website covers breaking news and provides opinion on the most pressing issues of the day.

The Gateway Pundit presents itself as a conservative news/opinion source. It is quite interesting to me, as it should be to you, that Wendy Bell chooses not to tell you that this was her "news" source for this story.

Anyway, if you look at TGP's story, you'll see that it sources this piece in The Hindustan Times. This is the basis of the story Wendy's quoting at us.

Nowhere in that piece is there a mention of invermectin or hydroxychloroquine, BTW.

What is in that Hindustan Times piece is something Wendy Bell chose not to tell you:

Crore? Lakh? What do those words mean?

According to Merrian-Webster, "crore" means ten million and "lakh" means one hundred thousand.

So that paragraph can be translated into:

In fact, India touts it's national vaccination effort on its own Ministry of Health webpage: 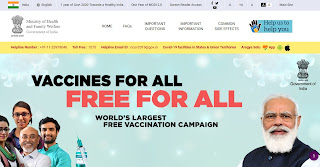 Why didn't Wendy Bell tell her audience any of this? She's letting her audience infer that India is using ivermectin instead of the vaccine while India itself is pointing out that it has the "Worlds Largest Free Vaccination Campaign."

She said she's delivering to them the 100% truth, right?

How does that mesh? It doesn't. She's lying.

But let's take a closer look at that Gateway Pundit piece.

Wendy actually misquotes the piece. She starts with:

Whereas the piece she's reading from starts with this:

What she was saying was happening now was actually something that happened months ago - and the source she was citing even said so.  Wendy Bell was once an award winning journalist. How could she have made such a simple error? Maybe she should send some of those awards back.

Anyway, that earlier Pundit piece from last May actually triggered a few factchecks on its own:

COVID-19 cases in India dropped in mid-May only after a nearly vertical spike in cases over the previous several weeks. The Indian government has given limited recommendations for using the two drugs in connection with mild COVID-19 cases.

There is no evidence that the two drugs caused or contributed to a decline in cases in India. Neither is approved in the U.S. for COVID-19. And both the U.S. Food and Drug Administration and the World Health Organization recommend against using them to prevent or to treat COVID-19 infections, citing lack of scientific evidence of their effectiveness and the potential for serious side effects.

We rate this Mostly False.

USAToday - The claim that COVID-19 cases in India have declined due to the use of hydroxychloroquine and ivermectin is FALSE, based on our research. Neither drug is a proven treatment for COVID-19. New COVID-19 cases are falling in population centers where strict lockdown measures were put in place.

Health Feedback - In summary, neither the epidemiological nor the clinical data support the claim that the reduction in COVID-19 cases in India is due to the use of ivermectin. Media outlets making that claim based this solely on temporal correlation without providing evidence of a causal relationship. Contradicting this claim, epidemiological data show that contagiousness began to decrease in India before the release of new official guidelines recommending the use of ivermectin.

Um, Wendy? There's also some actual scientific data - I have the study right here - that shows that nothing that you said about ivermectin in India is true.

As I said, I have the study right here. (Isn't that how you "validated" that study you hoped would disprove Alan Dershowitz fact check of you?)

From the study (that was actually done in India):

Conclusions: Inclusion of ivermectin in treatment regimen of mild to moderate COVID-19 patients could not be said with certainty based on our study results as it had shown only marginal benefit in successful discharge from the hospital with no other observed benefits.

Really, Wendy. Shouldn't you ask your husband, the interventional cardiologist, about all this science-y stuff? I'm sure he'll explain it to you.