I've sensed recently that there is some investigative interest in "Insurrection Eve" (a.k.a January 5, 2021) and what occured on that day.

This story gets stranger and stranger.

Got me to wondering, what was our favorite insurrectionist-adjacent GOP candidate for PA Governor doing on that day?

Well, he held a rally, called "Hear us Roar", in Harrisburg.

And if you're ever wondering what Christian Nationalism looks like, it's this: 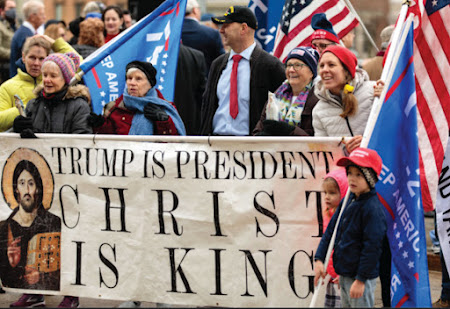 Pennlive posted some photos from the event.

Among them is this photo of Pennsylvania State Rep Russ Diamond: 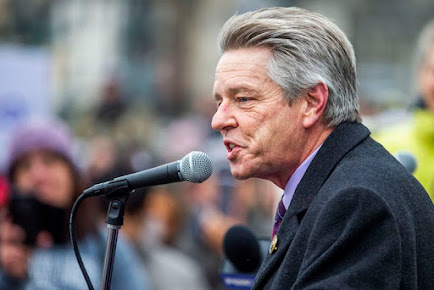 Why am I pointing out that Diamond was there?

Having failed to gain traction in their efforts to challenge Pennsylvania’s 2020 election results in court, President Donald Trump and his allies in the state considered an even more audacious proposal to reverse the state’s vote, newly released emails show.

Citing baseless concerns over the state’s mail voting procedures, Eastman suggested that GOP legislators could simply make up new vote totals that would declare Trump the victor by applying a mathematical formula — based on absentee ballot rejection rates from prior elections ― to subtract votes from then-candidate Joe Biden.

The Atlantic has a bit more:

The absurdity and brazenness of this approach is on display in those new emails from Eastman, uncovered in a public-records request in Colorado, where he was a visiting scholar at the University of Colorado. The most interesting messages are an exchange between Eastman and Russ Diamond, a Republican state representative in Pennsylvania.

Diamond wrote to Eastman, intrigued by his theory that a state legislature had the authority to appoint electors, irrespective of the popular vote. The idea is legally dubious—the overwhelming consensus of legal scholars holds that a state legislature can’t simply change its mind about the method of election after the votes are cast—and perhaps even more politically suspect, given that voters are unlikely to appreciate having their votes summarily ignored. The trick, Eastman wrote, was to “provide some cover” for the legislature.

Here's one of those emails from December 4, 2020 (and that would be almost exactly a month before that "Hear us Roar" rally). It was among those 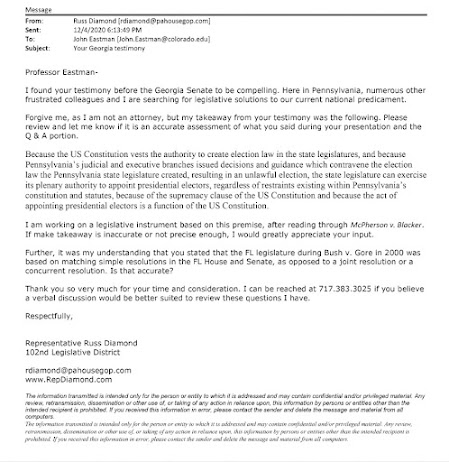 This is something PA State Senator (and now GOP candidate for PA Gov.) Doug Mastriano was doing the day before he wandered around The Capitol building as it was being trashed by members of the Trump mob.

What else did he do that day?