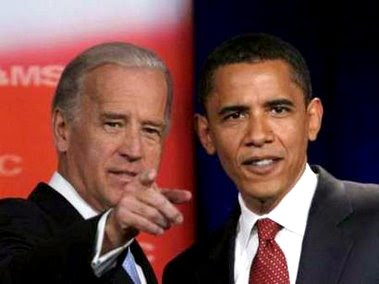 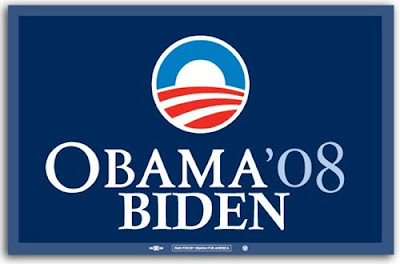 John K: (Yawn) Finneman broke this news on Wed.  The interesting part is that Hussein Obama never vetted Sen. Clinton.  Never discussed it with her and never asked for her data.  So Hussein Obama picks an old established white guy.  Hope and change what exactly?  Folks, you been had by an old fashioned scam artist.  Not me though. LMAO This is now way too easy.

Thank goodness that Obama has sewn up those 3 huge Electoral College votes... which he almost certainly would have won, anyway.

That's not the point of picking the VP! Obama clearly chose his VP based on who he felt he would work best with instead who could deliver electoral votes. Imagine if he picked someone with little experience, like Kane from Virginia?

John K:  Hussein Obama woke you folks up at three AM to tell you this?  He clearly knows he can play you anytime he wants.  Biden, an old school white guy eh?  The only change that has occurred is money from your pocket to his.  Make it harder.

John K: Biden voted for the War in Iraq. LMAO and then said Obama lacked the experience to be President.  LMAO No wonder Limbaugh was so hoping Biden would be the guy.  This is a gift.  Hey did you hear about Hannity offerring to send George Obama a gift of $1,000 dollars if Obama would give him the address.  Hussein Obama refused.  LMAO LMAO You liberals have been scammed.  And it is so funny. Osama Obama as Sen. Kennedy likes to call him.

It's been a good week for ol' Barack. He finally started hitting back at McCain's broadsides; and he did so pretty effectively. And then he managed to dominate the news cycle going into the weekend with his veep pick. It risky but clever and seems to be paying off pretty well.

Biden effectively guarantees PA for Obama. That is no small boon.

And if McCain counters with Ridge, that will send his party into disarray (re: abortion politics).

Good for Obama. My only quibble I have with him is that he woke me up at 3 IN THE FRIGGIN' MORNING WITH HIS FRIGGIN' TEXT MESSAGE! Couldn't he have done it yesterday?

Biden is a decent pick, he does add foreign policy experience. In some ways he doesn't undermine Obama (like a governor would), and adding experience to the ticket might be good or might not. On the one hand it validates what the Republicans allege about Obama's own experience. On the other hand, it might be just as bad to have a lesser experienced person on the ticket. On a third hand it smacks a little of Dick Cheney (well maybe not, I hope not).

But Biden has been a nit more impressive this time around. His one little word in one of the debates about whether he could reign in his verbosity stayed with me.

Out of the options, Biden was hands down the best. Here are quick highlights:

1. With Biden on the ticket, PA is going blue. Not that there really was any risk that this would not happen.
2. Biden comes from a humble background and connects with both older and blue collar voters.
3. Biden really is not Washington. The guy travels back to Delaware each night to be with his family. The guy is not a creature of DC.
4. Biden by far is the best attack dog the Democrats have.

It is now up to the Republicans to see how they counter. The four top picks of theirs are not that great. Here's my take:

Both Lieberman and Ridge alienate the republican base and have a lot of bagged. Ridge is not going to make PA competitive.
Romney is a very bad pick in the current environment. Nothing stops talk of you being rich and out of touch than you picking a running mate that is uber-rich. Additionally, the guy alienates the christian right.

Best pick for the Republicans is The Governor of minnesota, but I doubt that will happen.

can not wait to see Romney vs. Biden in the debates.

The reason for the middle-of-the-night text message was because the media broke the story between 12:30/1:00? and 2:00 AM (I happened to be up with my nasty summer cold and watched it unfold).

I imagine that Obama planned the text for some more reasonable time this morning, but they forced his hand since he promised to text it before announcing to the media.

Here is the reaction from Senator Chuck Hagel:

"Joe Biden is the right partner for Barack Obama. His many years of distinguished service to America, his seasoned judgment and his vast experience in foreign policy and national security will match up well with the unique challenges of the 21st Century. An Obama-Biden ticket is a very impressive and strong team. Biden's selection is good news for Obama and America."

John K: Biden said a year ago he would never give up his seat as Chair of the Senate Foreign Affairs Committee to be VP.  He also said Obama did not have the qualifications to be President.  See why you can never take a liberal at their word.  It means nothing.  I do agree with Sen Hagel. Biden is the right choice.  It will make it so much easier. LMAO

Bush 41 screamed against voodoo economics then went right ahead and accepted the veep position from Zombie Reagan...McCain called out Bush 43 for all the trash-talk against him and his family and then they hugged like best buds. Do you really want to go there?

So you agree with Senator Hagel that Obama-Biden ticket is a very impressive and strong team. Glad we can count on your vote.

How can you tell that Biden was a good choice?

Just look at how the wingers are freaking out trying to smear him with anything and everything they can pull out of their asses.

I'm very happy with Biden. He's a fighter, he doesn't pull punches and he's solid on the issues. The line today about McCain's 7 kitchen tables was great!

There were a lot of good reasons to pick Biden but the most important was clear today during his speech - he will be relentless in taking the fight to McCain. He's the perfect VP attack dog.

As to the disagreements between Obama and Biden, it should first be said that Obama all along made it very clear that he was going to pick someone who wasn't afraid to disagree with him. That's refreshing; we need more of that. I want a President who thinks and considers other opinions.

More importantly, the selection of Biden shows just what tremendous people both he and Obama are. For Obama to bring aboard someone who has criticized him only goes to show that he is openminded and true to who he says he is. It shows that Obama isn't one to hold a grudge.

John K: So here is Hussein Obama all about hope and change.  Has you left wingers criticizing McCain for being old and in DC too long and what does he do, he picks Biden.  LMAO LMAO The only thing I see in this pick, other than the stupidity, is that Obama has figured out old white guys win elections and he wasn't about to win squat.  You lefties have been scammed.  Oh by the way, Hagel used to be a huge McCain supporter. LOL

With the nation overwhelming not in support of either Bush or his policies, McCain and his campaign are on the wrong side of the issues on this one.

Could you say that again, John?

"Hagel USED to be a McCain supporter."

The wingers are in a fit over the selection of Biden. They don't know how to attack the poorest senator in the Senate, a guy who rides the train to and from work everyday.

Like Obama said, Joe Biden has been working for change in DC for 35 years; but it's never changed him.

Too bad we can't say the same for John McCain, who has used his position in Washington in the pursuit of wealth and vain glory. He wasn't doing all those favors for Keating for free!

John K: Yep Sen Hagel and McCain known as pals in the Senate and stood together as mavericks.  Olbermouth used to also support McCain as did Matthews.  Odd how just a year changes someone's mind. LOL LOL