Covid is still raging, though the unvaccinated are (at least as of August of 2021) about 11 times more likely to die of the virus than the vaccinated: 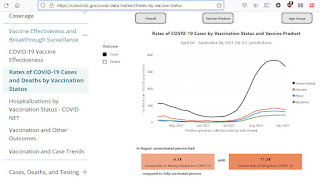 But there's still the ongoing climate crisis going on.

According to the scientists at NOAA: 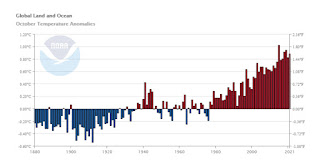