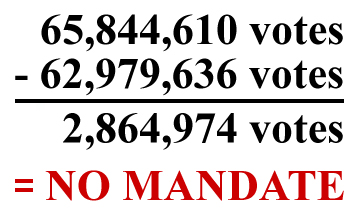 Email ThisBlogThis!Share to TwitterShare to FacebookShare to Pinterest
Labels: Donald Trump, No Mandate

http://www.thediplomad.com/2016/12/intel-agencies-and-russian-intent-i.html
"Is there foreign interference in our elections? You bet.

The biggest offender? Not Russia, but Mexico. Mexican officials publicly called on Mexicans in the US to oppose Trump; Mexico's over fifty--yes, fifty--consulates in the US (here) are hot beds of political activity and activism. Millions of illegal and legal aliens largely from Mexico and Central America vote, yes vote. We need to have an in-depth investigation into Mexico's interference in our elections, an interference that goes well beyond revealing embarrassing DNC texts."

Perused over to "kingdom of idiots" blog. I felt like Indiana Jones walking into a recently un-sealed tomb. Lotsa dust, lotsa cobwebs, nobody there but some lonely old man who can barely yield a sword (that'd be a metaphor).

No comments on the stories. Most stories simply attacking the credibility of 2PJ posts. I stopped looking 4 pages in deep. It must be driving you bonkers Cuck, what with Davyoe omitting the link to comment as of late.