Posted by Maria
One Turkey Pardoned: 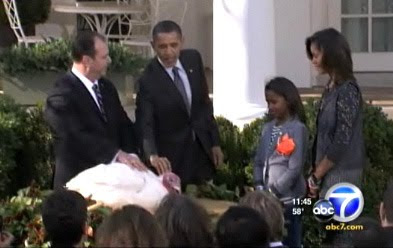 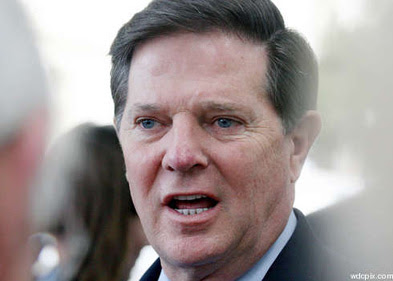 Just once, JUST ONCE I want to see a president at the traditional "turkey pardoning" say "Why this bird looks delicious" while pulling out a hatchet.

If you need any more proof that Obama is tone deaf when it comes to PR, his statement about "another shellacking" was it. The LAST thing you want to do is to reinsert the image of a GOP takeover into another news cycle, even if it is over a "slow news" holiday weekend.

NPR did an interesting story about the number of real pardons done by recent Presidents. Obama, if I recall correctly, has done none -- and the sheer number has been falling since the Reagan administration.

They didn't say it, but I'd suggest that this is because Presidents are afraid to "look weak" or "soft on crime" and then have to face a scad of TV ads in the next election year in which their face is connected with some former malefactor....no matter what the crime might have been.