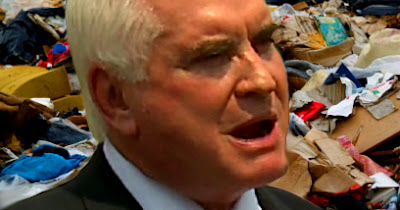 
“I know in your mind you can think of times when America was attacked. One is December 7th, that’s Pearl Harbor day. The other is September 11th, and that’s the day of the terrorist attack,” Kelly said, according to NBC. “I want you to remember August the 1st, 2012, the attack on our religious freedom. That is a day that will live in infamy, along with those other dates.”

Yes, requiring all businesses -- including those owned by religious institutions -- to have insurance which covers women's reproductive healthcare needs is exactly like Pearl Harbor and 9/11.

Missa Eaton is running against this assclown. You should think seriously about throwing her some bucks.

Here's what the Affordable Care Act does for women (when its not busy raping churches): 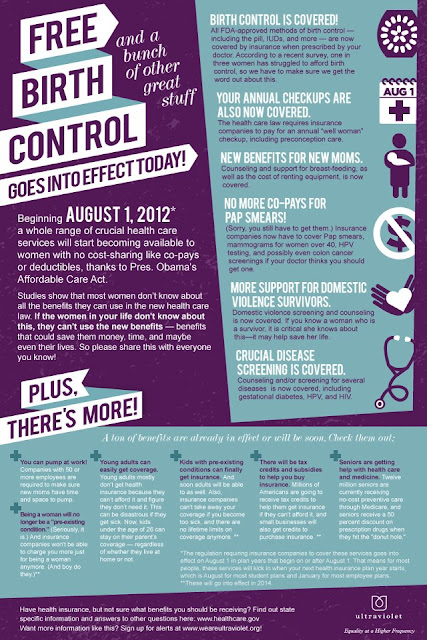 I didn't know that keeping women from moving up in the world was as big of a problem as something as Pearl Harbor or 911. I find that utterly ridiculous and Mike Kelly needs to learn to actually figure out what birth control can do for women before comparing it to something that doesn't even compare. It is downright disrespectful to those who died and their families. Also, if you don't believe in contraception, all you have to say is no. No one is forcing you to take it. So please for the sake of human kind, get out of the dark ages and let us women move up in the world. Believe it or not, we would like equality, too. This is why I will support Missa Eaton. She stands up for our rights. She is everything I want in a congress woman.

If you want more info on her, here's her website: http://missasmessage.com/2012/08/01/mike-kelly-dishonors-the-memory-of-veterans-and-victims-of-911-3/
And to donate to her compaign: https://secure.actblue.com/contribute/page/educatevotersonkellysextremistviews