Posted by Maria
Pittsburgh City Councilman Bill Peduto announced this morning via Twitter/Facebook that he filed the paperwork necessary to make him eligible to run for Mayor of Pittsburgh:

Pretty much simultaneously, an email was sent by Allegheny County Executive Rich Fitzgerald that he had contributed the maximum donation allowable by law to Peduto: 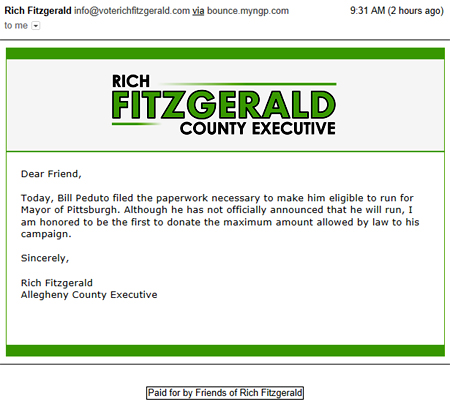 Peduto will officially announce his run for Mayor after the November 6th election.

This was covered on TV by the local noon news shows as well as (so far) by the following:
(As well as predicted yesterday by John McIntire's AntiSocialCommentator.)

As anyone who's read this blog for any length of time knows, I've been all for Bill since its inception back in 2004 because I see him as a smart progressive with a real love and vision for this city. I feel obliged to mention, once again, that I've been working for People for Peduto since 2010. I want to mention that in that time, my respect for him has only grown stronger. 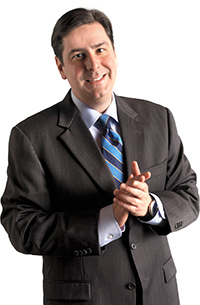