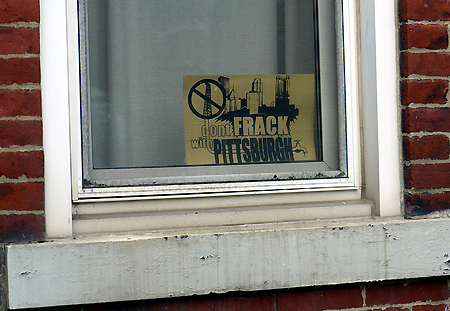 
As the state Supreme Court considers arguments in favor of statewide zoning for Marcellus Shale exploration, Pittsburgh’s Mayor Luke Ravenstahl encouraged people to contact City Council and ask its members to overturn a citywide ban on fracking that sends the wrong message to industry, he said Monday.

Ravenstahl, along with every other speaker, was extolling the opportunities of shale development at the Consumer Energy Alliance’s 2012 Pennsylvania Energy and Manufacturing Summit, when the topic came to Act 13.

You're wrong. The message sent by Pittsburgh City Council's ban on fracking in the city of Pittsburgh is exactly the right message:


WE DON'T WANT FRACKING IN THE CITY OF PITTSBURGH!

More's the pity that you simply don't want to hear that message.

Sincerely,
Pittsburghers Who Care About Our Environment 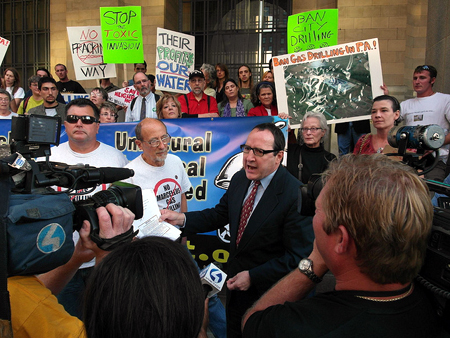