The Many Smirks of Mitt Romney 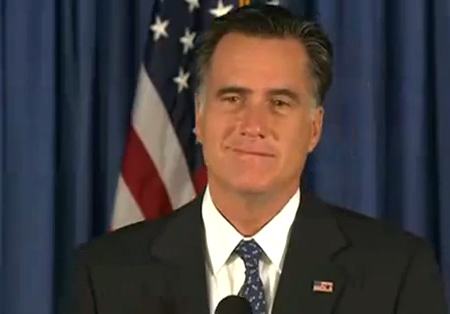 Yes, Mitt Romney has doubled down on his craven and falsely-based smears aimed at the President and embassy workers. Yes, Mitt Romney started his attacks during an international terrorist attack while breaking his own 'no political attacks on 9/11' promise. Yes, from the safety of the US, he criticized Americans in a highly dangerous place who were trying to diplomatically diffuse a highly dangerous situation (kind of like how he criticized Vietnam War critics and then dodged the draft to go live in Paris). And yes, in his own talking points he "rejects" the very same movie he condemns others for criticizing and says "There is no room for religious hatred or intolerance" -- just as they did. But to top it off, he smirks his way through his presser yesterday. Smirks constantly while taking questions about an international terrorist attack that led to the deaths of four Americans. And smirks as he leaves the press conference.

What a fucking prick. 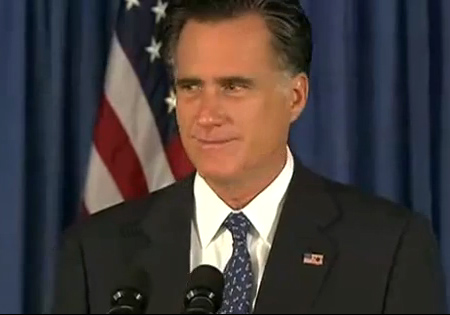 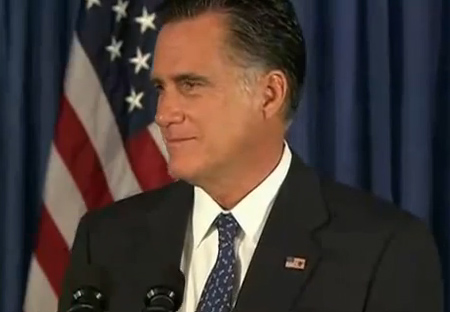 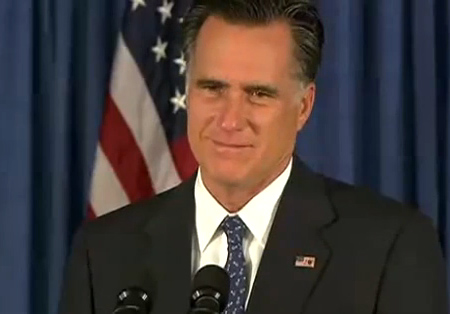 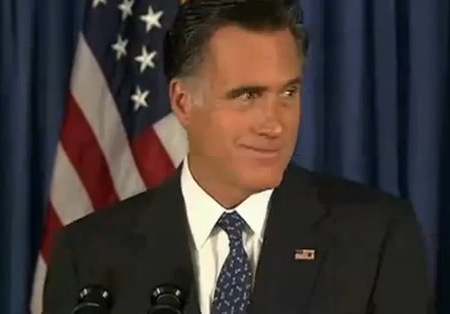