There he goes again! Mitt Romney tries to flip-flop on abortion one more time.

Posted by Maria
In a not totally unexpected "shift" to the center, here's what GOP presidential candidate Mitt Romney told the Des Moines Register Editorial Board in an interview yesterday:


“There’s no legislation with regards to abortion that I’m familiar with that would become part of my agenda.”

Looks like Mitt wants to keep that gain he made with women in the polls after the debate last week -- a debate which utterly failed to address women's reproductive rights issues.

So who should women believe -- Mitt or Mitt -- when it comes to our lady bits?

Here's Romney on abortion...before he started running for president:

Here's Romney at a Planned Parenthood fundraiser in 1994 (he and Ann wrote them a check for $150 that year): 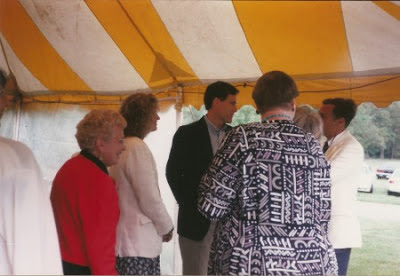 Here's Romney on Planned Parenthood in 2012:

Here's Romney earlier this year saying he would appoint Supreme Court justices who would overturn Roe v. Wade and that he supports "a pro-life policy":

“I’m in favor of a pro-life policy. The legislation that relates to abortion which is something that is going to have to be approved by the Supreme Court and the key decisions I’ll take as the president will be number one, stopping funding for Planned Parenthood, re-instituting the Mexico City policy which says our funds can’t be used for abortion around the world and appointing justices to the Supreme Court that will follow the Constitution, hopefully reverse Roe v. Wade, and return to the states, the authority for making law with regards to abortion.”

Romney's folks are already walking back his comment to the Des Moines Register. Here's what Andrea Saul, Romney for President Press Secretary, tweeted yesterday via Katrina Trinko, National Review reporter and member of USA Today's Board of Contributors:


So, again, who do women believe? Mitt or Mitt?