Change the Conversation: Only Rapists Can Prevent Rape 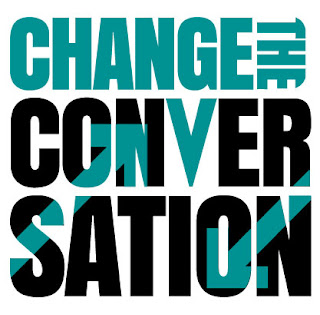 April is Sexual Assault Awareness Month. According to the U.S. Dept. of Justice, an estimated 1 in 4 women and 1 in 6 men will experience a sexual assault within their lifetime (Rennison, C., U.S. Dept. of Justice, 2000), yet it is one of the most under-reported of all crimes. When I was young, it was also one of the most unspoken of crimes. Even the very word "rape" was considered unfit for publication in most newspapers. It is also a crime where the survivor is most likely to be blamed for their own victimization. With such stigma attached to a word, is it any wonder that the very nature of the crime would become so misunderstood?

For generations, the popular notion of rape was understood to be a stranger spurred by uncontrollable passion jumping out at a woman -- perhaps ambushing her in a dark alley -- to sexually assault her by force while brandishing a weapon (and all the better for a "true" crime if she were a virgin or faithful wife). In reality, 7 in 10 rape and sexual assault victims knew their attacker prior to their assault. Victims can be of any gender (as can the rapist). Victims can be coerced. Victims can be the spouse of their assailant. Victims can be unconscious. The list goes on...

For a while, it seemed that at least the understanding of rape had improved and was starting to meet the reality. But, that changed last year during the election when we started hearing terms like "legitimate rape" and that women couldn't get pregnant from rape.

And then came the coverage of the Steubenville rape verdict just last month. CNN reporters Candy Crowley and Poppy Harlow lamented on air that the “promising” lives of the rapists had been ruined. With no word for the victim. That report rightfully enraged many who saw it and I would say was partly the genesis for today's Change the Conversation: A Day of Blogging About Sexual Assault.

The reactions to the Steubenville verdict also led to this column, co-written by Pittsburgh Lesbian Correspondents blogger Sue Kerr who took on the themes of victim blaming and consent and rape culture and how this is also a conversation for the LGBT community. (Sue is the driving force behind today's conversation.)


[A] concept used to describe a culture in which rape and sexual violence are common and in which prevalent attitudes, norms, practices, and media normalize, excuse, tolerate, or even condone rape.

I would add that it specifically puts the onus on the potential victim of rape to prevent rape rather than on the rapist's actions. All those "helpful" tips about what not to wear and where not to go that focuses on the behavior and conduct and the morality of women and girls instead of teaching men and boys not to rape.

I recently viewed a conversation on TV where an ex-military person spoke about the high rates of DUI's among the military and how the the military went on the offensive launching a campaign to teach soldiers not to drink and drive and to let them know of the dire consequences if they did. The campaign was pretty relentless -- nearly daily until the rates dramatically dropped. That person lamented that a similar campaign was not being had to drive down the rate of rapes in the military.

This is the conversation that we need to have. "Don't rape" may seem like a message that is self evident, but so is don't drink and drive. And that conversation (and legislative support) has made a difference.

In the spirit of changing the conversation -- of turning it on its head -- I'm re-posting the following tips for how to prevent rape which I've seen online in various permutations over the last couple of years.

In the meantime, you can help survivors of rape by showing some love to Pittsburgh Action Against Rape by making a donation here.