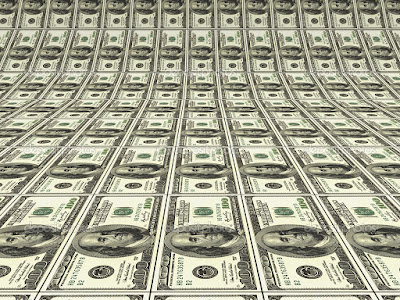 If you haven't already, go right now and read The New York Times article on who is funding the 2016 presidential race. Here's a tease:

The Chicago hedge fund billionaire Kenneth C. Griffin, for example, earns about $68.5 million a month after taxes, according to court filings made by his wife in their divorce. He has given a total of $300,000 to groups backing Republican presidential candidates. That is a huge sum on its face, yet is the equivalent of only $21.17 for a typical American household, according to Congressional Budget Office data on after-tax income.

"Thanks again, Supremes!"
Surprising those who complain about the 5-4 decisions of Heller, Citizens United and Gonzales v. Carhart that they view as illegitimate, tell those who object to 5-4 decision of Obergefell v. Hodges to STFU.