He's going to get someone killed 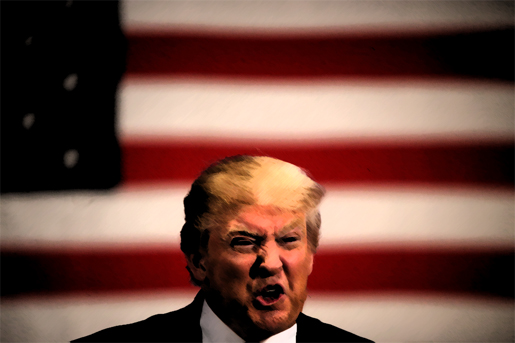 Donald Trump speaking about a protester at one of his rallies via Raw Story:


“You know what I hate? There’s a guy, totally disruptive, throwing punches — we’re not allowed to punch back anymore,” Trump said. “In the old days, you know what they used to do with guys like that when they were in a place like this? They’d be carried out on a stretcher, folks.”

“There’s a guy throwing punches, nasty as hell, screaming and everything else when we’re talking, and we’re talking out — we’re not allowed, the guards are very gentle with him, he’s walking, like, big high fives, smiling, laughing — I’d like to punch him in the face,” Trump added, as the crowd roared in approval.

Security guards at the event later said the protester had not thrown any punches.

“Who wants to help me get this reporter out of here? I need some muscle over here.”
http://blog.simplejustice.us/2016/02/24/one-click-two-clicks-melissa-click/#more-27657

Because there is no difference in calling for someone to be restrained and lamenting the fact the person is not carried out on a stretcher.

Because there is no difference in calling for someone to be restrained and lamenting the fact the person is not carried out on a stretcher.

About the same difference between a disruptive protester and a media person or political tracker filming a public event.

"calling for someone to be restrained"
Way to downplay and excuse Melissa Click assault. It is Patrick Lynch level of excuse making.
http://www.kansascity.com/news/local/article57307773.html